In January 2006, Laini first noticed a lump in her breast at age 35. Initially, she 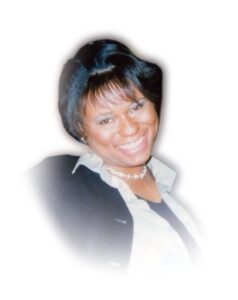 ignored the warning signs because she optimistically assumed the lump was just “a benign cyst like her mother occasionally had.” She was reluctant to seek medical advice because she did not have health care insurance at the time and did not want to incur any “unnecessary” expenses. A few months later, Laini started a new job which provided health care insurance. By that time, the small lump on her breast had tripled in size and she began to feel a pain in her armpit. Although she remained hopeful that this was not a serious matter, she made an appointment to see a primary care physician to seek treatment for the pain. Unfortunately, a biopsy confirmed the worst news, the small lump that she noticed several months before was actually a malignant (cancerous) tumor. The pain in her armpit indicated that the breast cancer had already spread to her lymph nodes and likely to other parts of her body.

Despite her prognosis, Laini remained hopeful and spent most of her time doing what she liked to do most—helping others—just as she did before. After all, Laini had 9 godchildren, 3 mentees and a host of family and friends to care for. Throughout her life, she loved young people in general, but she was especially drawn to young girls that needed spiritual, social and emotional guidance and to those that just needed to be encouraged in excelling in their goals. She mentored many by attending their sporting events, tutoring, counseling and providing special outings for them to gain greater exposure to life. Despite never having children of her own, on Mother’s Day, 2009, Laini was honored as “Mother of the Year” by her Valley Kingdom Ministries International church family due to her continued involvement with the youth in her community.

Through faith and perseverance, Laini lived nearly three years longer than predicted. She made the most of her time by coordinating special events for family, friends and church members; spreading the word about TNBC through TV and book interviews; and she even made time to travel to Washington, DC to witness President Obama’s Inauguration. Laini demonstrated a passion for life and for helping others. Laini Fluellen Charities, Inc. was created, in part, to continue her passionate works.

Help us carry on Laini’s legacy with a one-time or monthly donation. Donate Now.